10 Signs Your Marriage is at Risk for a January Divorce

More divorces are filed in the month of January than all the other months combined.

Why January is the month for divorce

I think there are a number of reasons for this. Some have waited because they don’t want to ruin the holidays. Maybe they have kids and they want them to have one last Christmas together as a family. January is also a time we naturally think of ‘new’ and ‘change’. It’s a new year, we have new resolutions and we make commitments to change – our weight, our exercise habits, our work/family balance, etc. So for someone seriously contemplating divorce and just waiting for the right time to move forward, it’s common to plan to get through the holidays and then in January, drop the Divorce Bomb.

Often one spouse is really surprised when it happens. They say they didn’t see it coming, but they’re also not necessarily surprised that their spouse isn’t happy either. They’re just surprised that they’re unhappy enough to do something so drastic. We can get pretty complacent with feeling frustrated or unhappy, or even flat out miserable. If you know your marriage isn’t going well, putting your head in the sand can cost you big.

Now, some will say they don’t want to rock the proverbial boat.

I don’t want to bring up a problem when there’s not a problem. Besides, what’s the point? We can’t really talk about anything without arguing and trying hasn’t made it any better.

I’m telling you, this is the time to absolutely rock the boat.

Tell your spouse you’re concerned the marriage is in trouble.

Let them know you want to do anything you can to make things better, including going to see a marriage counselor. Time is your asset here and waiting for the bomb to go off is dangerous.

Based on my years as a licensed marriage therapist, here are 10 things I think are good leading indicators that your marriage could be at risk for the January Divorce Bomb. Now, not all of these are required for your marriage to be in trouble, nor does any one or more of them mean you are destined for divorce. It does mean, in my opinion, your relationship is at greater risk for divorce. Let’s see if you recognize any of these.

2. Contempt – If your spouse is obviously annoyed by even your very presence. Eye rolling, passive aggressive behavior, smugness, refusal to engage, and sarcasm are all examples of contemptuous behavior and they are a good indication you’re in trouble.

3. Being polite but not authentic – He or she treats you like a visiting aunt, just enough attention to get business taken care of, but let’s not go any deeper than that.

4. Avoiding tough topics – Because what’s the point? Why start a discussion that is destined to turn into an argument?

5. Time avoidance – Avoiding your partner, working late, going out with friends, staying gone as long as possible, whenever possible.

7. Moving funds, opening bank accounts, change in jobs, or getting a job if they haven’t been working – Especially if they aren’t including you in these tasks or decisions.

10. Putting off big decisions – Conversations like where to go for vacation this summer or Spring Break, because your spouse may not plan to be a party to those events in the coming year.

Ready for what’s next

Collectively, these signs are indicative of a marriage that is likely in trouble. If you are seeing your own marriage in this list, especially if it’s for an extended period, it’s time to do something different.  Even if the divorce bomb isn’t dropped on you in January, you can be certain you are not headed in a great place.

Call a marriage therapist. Do something. Find someone who can show you how to make your marriage better. 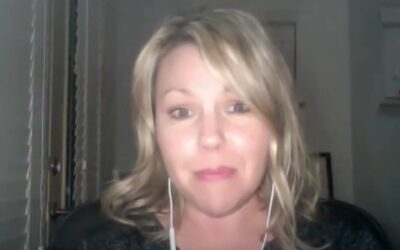 6 Questions to Evaluate & Grow Your Relationship This Year

I’ve come up with 6 questions to help you evaluate the condition of that most important relationship and give you some direction on where it needs improvement. 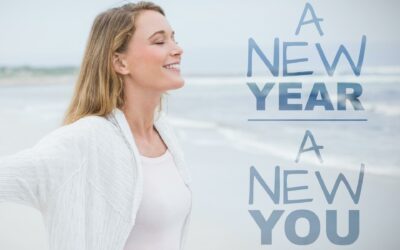 5 Resolutions To Improve Your Mental Health This Year

Brand New Year, brand new you. Here are five things that you can do to improve your mental health. 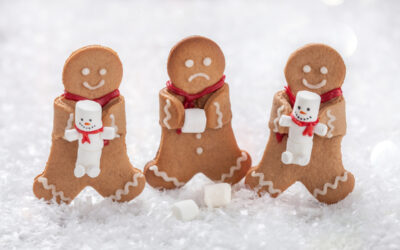 It’s Okay To Have Conflicting Feelings About The Holidays

I was just sitting here thinking about the holidays and how it’s possible to have completely opposite feelings about the very same thing. For example, you may love to watch the falling snow and yet despite the cold weather or having to take the dogs out in it.