What happens when you find yourself in love with someone other than your spouse?  Do you try to keep both relationships going in secret and continue living a double life?  Do you divorce your spouse and run away with your lover?  Do you end the affair and remain with your spouse because that is the “right” thing to do but your heart just isn’t there any longer?

This is a real dilemma for many people and it is a situation that brings a lot of pain and misery to all directly and indirectly involved.

There is this ideology in the world today that life is short and you have to follow your heart because you deserve happiness.  Based on this life view, the answer would appear to be that you should leave your marriage and begin a new life with someone who makes you feel alive.

Your marriage is struggling. Your partner doesn’t understand what you really need. Then here comes this other person who makes you feel great and “gets” you.  But research and statistics tell a different story.  Depending on what study you read, somewhere between 50% and 80% of people who divorce regret it within the first year.  If you leave your spouse for another man or woman, that new relationship has less than a 25% chance of lasting beyond 3 years.  It seems that following our hearts does not make us happy.  Maybe it’s because following our hearts means following our feelings and feelings change no matter how intense they may be.  The “grass is greener” scenario is as old as time but the lesson never seems to stick.

I’ve seen this situation so many times in my practice.

A couple came into my office last year on the brink of divorce after the husband had fallen in love with his secretary. He told his wife that he loved the other woman and wanted a divorce. She was blindsided and devastated. He was the primary breadwinner and she was home raising their two children. Losing her marriage meant a lot more than losing her best friend.

After the affair discovery, it got really awful for both of them. They had close family and community ties, and everyone took sides. She kicked him out of the house, and they both were miserable and their lives in chaos.

When they came to me, the reality of leaving the marriage had finally hit the husband. Things had gotten real—and ugly.

He was missing his kids. He really didn’t want out of the marriage, but he also didn’t want in. He was ambivalent because his heart was laser focused on the other woman.  She was all he could think about.

This man was acting like many people do after an affair. He wanted to keep both partners hanging on the line until he could figure out what to do.  But his wife was forcing him to make a decision.

This man wasn’t happy.  He was miserable actually.  He was acting against his conscience.  He betrayed his wife and disappointed virtually every other person who was important to him.  He thought ending his marriage would end his misery because when he was with the other woman he was lost in his fantasy world.

By the time I met him, he wasn’t sleeping well, he wasn’t eating or exercising and his work was suffering.  He wanted me to tell him what to do because he couldn’t even think clearly any longer.  When he was at home he only wanted to be with his affair partner.  He couldn’t keep living this way but he couldn’t imagine letting her go either.

Is it Love or Limerence?

He didn’t like my answer.  I knew he wouldn’t.  I told him he wasn’t actually “in love” but that he was in limerence.

Limerence is that state of being infatuated or obsessed with another person, typically an involuntary experience. This addictive dopamine hits our brain when we start liking and getting close to someone, and everything feels good. We start building a fantasy world around this person, and real life can’t compete with this fantasy.

The more we long to be in that fantasy world with the other person, the more miserable we are with our current situation.

Limerence is one reason we fall head over heels for someone outside our marriage.  I’ve seen good men and good women have affairs because of limerence.  It is stronger than infatuation and a lot more obsessive.  But it is not a sign that the new lover is your soul mate.  In fact, limerence almost always ends as suddenly as it appears and when it does, it leaves the infatuated person feeling embarrassed and shocked at how much he/she was willing to throw away to be with someone who was so obviously wrong for them.

If this man wanted to regain his rational mind and clear thinking, he had to break the addiction.  That meant he either had to break off ties completely or let nature run its course.  Limerence will tend to break around 18 months but can last as long as 3 years.  He didn’t have that long to wait before his wife filed for divorce and took away his options.  In the hopes of breaking his addiction sooner, he stopped all contact with the affair partner.  This was much harder than he imagined it would be.  The affair partner didn’t make it easy either.  She became desperate, demanding and started acting out against him and his family. She made a scene at his job.  She kept calling the house and upsetting his wife.  She posted pictures of them together on Facebook that he found embarrassing.  But luckily for this man, the limerence broke in about 3 months.

He came in one day and told me, “What was I thinking? I can’t believe I acted this way. I almost lost everything.  My wife is an amazing woman.  How did I forget that even for a second?”

His marriage today looks vastly different than it did a year ago.  I watch them walk into my office together holding hands and cuddling.  They both claim to be more in love today than ever.  It started with his wife.  This man’s wife made a smart move.  She forced him out of the house which in effect, pierced through the fantasy world he created with his affair partner.  The affair was no longer a secret.  Everyone knew about it and he no longer had the thrill of sneaking around.  He also had to deal with the consequences of his parents and siblings (who were not pleased) finding out.  Her family, who was once very close to him, rejected his efforts to reconcile with them.  He suddenly found himself very alone.  This may not be the best move for every spouse whose husband is love with someone else, but it certainly worked for this couple.  The husband was forced to deal with his new lover in real life situations.

But even though they are staying together and reigniting love and passion, it isn’t all sunshine and roses.  There was a deep bond of trust that was broken.  A year out they are doing much better but they aren’t done with all the consequences.  Family relations are strained.  The wife still has to deal with triggers that can throw her back in panic mode. There is more healing that needs to happen for everyone.  They are doing the work and I believe they will completely heal from this but it will take time.  These situations are a clear case of prevention being so much easier than the cure.

The biggest fear both spouses have at this point is “How do we protect our marriage from this kind of thing happening ever again?”

The best way to prevent falling for anyone outside of the marriage is boundaries!

What started out as a harmless flirtation turned into a nightmare for this family.  But having some parameters in place to protect the marriage could have prevented this from ever happening.

All of us are capable of experiencing limerence with someone other than our spouse.  Be careful of developing close friendships with the opposite sex.  Once you begin to notice an elevated level of attraction, pull back and detach.  Safeguard your marriage by limiting the amount of emotional intimacy you share with someone else.  The first sign you are in trouble is when you begin to communicate with the other person in ways that you would not want your spouse to see or hear.  Don’t kid yourself into believing it is just a friendship.  That’s how families get torn apart.   There is a great book from Shirley Glass called “Not Just Friends”.  Glass gives excellent assessments on how to know when a friendship is crossing the line and what to do to protect yourself and your marriage.  It’s a great read I highly recommend.

If you think your spouse is getting too attached to someone else, don’t be afraid to speak up about your concerns.  Ask for more transparency to help you feel more comfortable.  If their relationship really is crossing boundaries, it may be time to force a decision just be prepared for your spouse not choosing you.

If this sounds like your situation, we can help you. Contact us or schedule a free Discovery Call to learn more. Remember, we work with clients all over the world. You don’t have to be local to work with us. 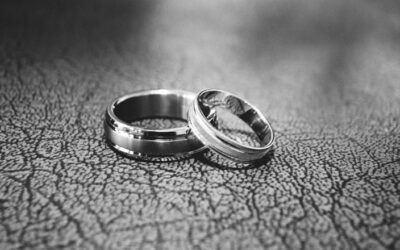 To Men – How to Know You Need Marriage Counseling

To men - how to know you need marriage counseling July 31, 2019I’ve written prior posts on how to know it’s time to address the issues in your marriage, but today I thought I would speak directly to the men.  Guys, I hope you are paying attention. Women are notorious... 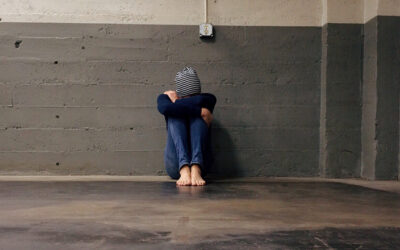 Will Divorce Make Me Happier?

Will divorce make me happier? January 21, 2019Did you know more divorces are filed in January than in any other month?  It’s the “Let’s wait until after the holidays.” mentality, as if somehow it will be less painful to divorce by waiting. Beverly Willett, an opinion...